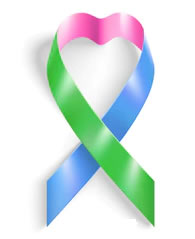 It takes 6 years or more to get a diagnosis for rare conditions. I was 55 before my lifelong symptoms were identified as Ehlers-Danlos Syndrome, a genetic malady that causes defective collagen. Most of us have some degree of hypermobility. I wish I had a pic of me when I was younger with my foot behind my head! The problem at that time was the doc told me it was incureable and just go home and forget about it/live with it.

Each condition I research, follow comments on Facebook groups for each disease and work on documenting my symptoms … and research.

The interesting part of this is the commonalities I’ve noted in the rare disease groups. The main one is the journey to diagnosis and how emotionally exhausting and damaging it is. I started researching rare disease alone and found a couple of studies that prove to be apropos.

First, an article in USA Today which describes the tortuous path and obstacles parents face in getting their child diagnosed with a rare disease. It’s a good description of what more wealthy families are able to do to no avail and it does highlight the importance of “resources both from families and the medical system.” It mentions the costs of genetic testing (supposedly more affordable now – unless you are on state aid or Medicare!) but also states “About 80% of people with rare disorders have one of only 150 conditions. The remaining 20% are spread across the rest of the 7,000 known rare diseases.”

A study from Germany starts to describe the effects of rare disease and the search for the right one. “Among patients with various RDs, however, they share prediagnostic phenomena. These common experiences include a high degree of frustration due to lack of a definitive diagnosis, seeing various doctors, that something is wrong despite misgivings from medical professionals, and inaccurately being branded as having psychological problems.”

Then there is a study from China: “We found a very high rate of misdiagnosis of RDs across China. The difficulty in accessing disease-related information is the key cause for misdiagnosis. There were no disparities in misdiagnosis based on gender, age, geographical region, ethnicity, or education.”

So the difficulties, no matter which disease, include:

Number 7 is added with no proof, no studies to back up my assertion.

This is more about lifelong observation. Doctors want to think they know everything and will pontificate on a rare disease without knowing anything about it. So many stories about that! But recently I had a podiatrist who worked to prove to me that I didn’t have something I wasn’t even diagnosed with (diabetic neuropathy). He didn’t even understand autonomic neuropathy enough to talk about it. And then he noted in his notes that I have plantar fasciitis. I do not. Some doctors just are not able to admit they just don’t know.

Because of all these rare disease issues and barriers, one has to become an advocate. For for your child, for yourself and, yes, for rare disease. It’s a natural progression for parents of rare children but it’s not so natural for adult patients. It’s hard to know how to advocate for yourself and hard to know how to avoid offending doctors getting offended or bruising their egos. More discussion of self advocacy is needed and I’ve seen little written about that. The next steps then are all about learning how to advocate.