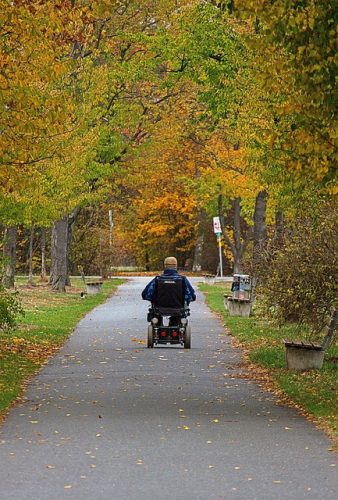 I follow a number of EDS (Ehlers-Danlos Sydrome) accounts on Twitter and have been getting disturbed as now folks seem to believe one must have an hEDS diagnosis to be legit. Pain is a significant factor with hEDS patients and I certainly have constant pain; however, nowadays it’s just not so significant.

But now the Myasthenia Gravis has finally just disabled me. I’ve had issues for decades but this last decade has been hard. Now that I know I have MG, I also am aware that I’ve had it for at least 5 years and probably more. So instead of EDS driving my issues, it is obvious that the MG is ascendant.

I started IVIG treatments on Oct 19 and have one nearly every week since. The first infusion lifted my severe fatigue. YAY! I felt stronger the next infusion and now? Nada. Fatigue is still better but I’m having bad days where walking is just very hard.

IVIG can definitely help MG, no question, but results tend to be erratic and may take time ( a lot of time) to help. It’s incredibly expensive at $10000 or more for each. I’m grateful that getting it approved with Medicare was a slam dunk ’cause my doc is well-versed in this. I see constant reports of how difficult it is to get it approved with insurance companies.

I was disabled before but now it’s really hitting home. For example, the day after my mother’s death,  I couldn’t walk much at all. The worse day I’ve had in a while. The stress of that day and the cascade of emotions played havoc. Yes, stress can worsen Myasthenia Gravis. That was Thursday. Then on Monday I was involved in a minor fender bender in a parking lot. I was left with increased weakness. The next was my infusion. Today is Friday. No improvement this week.

So I’ve come to a realization that this may be my new normal. To go from disabled to major disabled is mind blowing. I use a wheelchair when I’m out and about – usually in stores or in the hospital when there’s a lot of walking/carrying to be done. Driving home after the fender bender, I was directly facing the sun (thanks to DST). I have to hold up my hand to block that direct light as my eyes may close in reaction. Holding up my hand that day – well, guess what? I weakened so fast that my husband started holding his hand up where I directed in order to be safer.

Myasthenia Gravis is a condition listed by the Maine BMV as possibly limiting my ability to get a license. Up til now I hadn’t worried. At least I’m aware of my limitations and now my husband has his license active again. He would hate driving on the interstate but at least the option is legal.

It’s truly a quandry, though, as I have no idea what long term will look like. Remission is possible (not probable). I may well graduate to a biologic in addition to the the IVIG. I was hoping that I could retire that $2500 wheelchair. Nice to have while I need it and if I need it in the future. Thought it was a high expense out of pocket but it has been nice for the occasional use. Thought I might be able to retire it – sell it, recoup some of that money. No, it looks like it’s here to stay.

As more autoimmune diseases are diagnosed in the senior ranks, note that the person in the wheelchair, using a cane or barely moving forward might have something like Myasthenia Gravis.

In the end I have one thought: I don’t want folks to think they are looking at age only when they see me tottering around. Without the MG, I would still be remodeling houses, going for long walks and participating in life like an average 71 year old. I’m no longer young in body but in mind, I’m still agoing.

Welcome to My World!