Skip to content
It's all about the words...
Disability / EDS / Podcasts

Medical Impostor Syndrome. Yup, that’s me. I’ve never reached enough success to claim I have the impostor syndrome where one may have “a collection of feelings of inadequacy that persist despite evident success”. But I do have it in a way that’s impacted how I proceed in my medical journey. I have medical impostor syndrome (with kinks). There are four key factors to impostor sydrome:

Comments Off on A Medical Impostor Syndrome
Disability / EDS 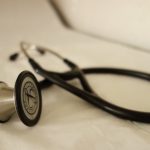 Be careful what you wish for! I've had experience with medical insurance that encompasses most all options. From military to no insurance, from an HMO to a PPO, from the ACA to Medicare. None have been satisfactory but medicare is a major problem for me now. It is not insurance. It is a government-run mess of insane rules and surprises.

Comments Off on Medicare For All
Disability / EDS / Humor 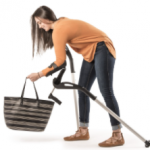 Just recently I moved into a new category of disabled. For many years I've been part of the invisibly disabled. Struggling everywhere - whether in a store, in a crowd, in a parking lot. I started asking young people to help me - playing the little ole woman thing. But I so often had to ask. And sometimes it's just easier to go home, stop shopping, stop looking for a parking place.

Comments Off on Can You See Me Now?

Just Thinking / On the Path

Recently I was asked to write up something in honor of a cousin who I've gotten to know in the last few years. I finally got around to writing it up this morning, a bit ahead of the deadline (meaning I can't post this until after August 23!) Here's the core of the piece I wrote but expanded into a look at today's society. Today on Facebook my cousin, Dan,…

Comments Off on Connections
Opinions 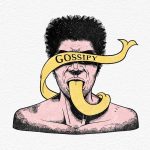 This day of the week, Sunday, tends to start out as a low news day with folks posting religious messages on Facebook and a true lack of US based news. I started off the day tussling with a friend who posted a video clip from the Daily Caller. I really didn't care what grains of truth were in that YouTube clip because I'm positive sure one of the reasons for the degradation of trust in reporting is due to this type of website. Any news source that promotes (and even creates) conspiracy theories is exercising its right to freedom of speech. I believe our duty is not allow that kind of discourse into the mainstream.

Comments Off on It’s the Day After
C'ville / Opinions

The last 24 hours has had an over-sized impact on me. No, I'm not talking about just the latest shootings. My 17 year old miniature pinscher has been fading for over a year now and on Friday her kidneys had shut down. As always, making the decision to thwart nature and let the vet handle it was traumatic. This time was worse because it is obvious that we can no…

Comments Off on Violence…by Men
Opinions

So much of today's political climate is just nasty - and that's talking about nearly everyone. It's bad enough when walking through such a minefield, but when you have direct experience in some things and not so direct experience (like a hubby, son or close friend), the words one chooses to use mean something. Mine do. So is it just words? No, says this writer, linguist and former English teacher.…

Comments Off on it’s just words – or is it?
← Newer Posts
Older Posts →